Health promotion programs that focus on educating people on the links between health behaviors and health outcomes fail because they do not recognize the complex factors that impact health behavior and successful behavior change. This presentation, based on several systematic reviews of the literature and audits of the most successful workplace health promotion programs, distills these complex factors into four important elements:  Awareness (A), Motivation (M), Skills (S) and Opportunity (O). The Opportunity Dimension has six components: Peers, Organizations, State, Society, Environment, and Equality. Dr. Michael O'Donnell discusses the components of these elements and their relative importance, and how you can apply it to your own organization.

Complete the form at the right to watch the on-demand recording! 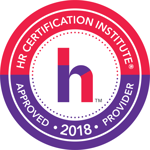 Dr. O’Donnell is CEO of the Art and Science of Health Promotion Institute. He is also founder and editor-in-chief emeritus of the American Journal of Health Promotion, founder and program chair of the Art and Science of Health Promotion Conference, and founder and chairman emeritus of Health Promotion Advocates. He has worked directly as a consultant with more than 150 employers, healthcare organizations, government agencies, foundations, insurance companies, and health promotion providers, developing and refining health promotion programs, products, policies, and legislation. He has had leadership roles in four major health systems, including the Cleveland Clinic, as well as serving as the Director of the Health Management Research Center, and a faculty member in the School of Kinesiology at the University of Michigan. He has authored more than 200 articles, book chapters, and columns, and 6 books and workbooks, including Health Promotion in the Workplace, which has been in continuous publication since 1984 and was translated into four languages. He has presented more than 300 keynote and workshop presentations on six continents, he partially or fully owns 7 small businesses, he served on boards and committees for 49 non-profit and for-profit organizations, and has received 15 national awards. He conceived and authored legislation  incorporated into the Affordable Care Act, including provisions that resulted in production of the annual National Prevention Strategy. He earned a PhD in Health Behavior from University of Michigan, an MBA in General Management, and an MPH in Hospital Management—both from University of California, Berkeley, and an AB in psychobiology from Oberlin College. Previous to that, he attended high school and was later a Senior Fulbright Scholar and visiting professor in Seoul Korea.